In part 1 of this article, I discussed micronutrient (vitamin/mineral) deficiencies that I commonly see when individuals follow a strict SIBO diet.  In part 2, I will focus on macronutrient (calorie/carbohydrate) deficiencies.

Side note for the detail oriented: I included fiber in part 1 of this article, but it is actually a macronutrient.

The initial stages of my healing journey were well before I studied nutrition.  When I was prescribed Dr. Siebecker’s SIBO Specific Food Guide by my doctor, I received no guidance on how it should be implemented.  I followed the diet strictly (with additional dangerous modifications- no fruit, autoimmune paleo (AIP), low sulfur, no sugar) for 5 months- fearing that I would ruin everything with one deviation from the protocol.  During that time, my digestion finally started feeling normal for the first time ever, my  acne cleared up, and I didn’t have 24/7 miserably itchy skin.

But, I was so focused on my digestion and “the protocol”, that I ignored the other signs my body was giving me.  Big mistake.  I lost 10 pounds, my thyroid showed signs of hypothyroidism and hyperthyroidism, I developed amenorrhea (no periods), fatigue made it hard to hold even a part-time job, I got six dental cavities despite eating no sugar whatsoever, and food was no longer exciting.  None of these were issues that had ever occurred before following this restrictive diet.

What was going on?  Well, I was experiencing a macronutrient deficiency.  A lack of carbohydrates was to blame for my new signs and symptoms caused by trying to be a “good patient”.  Typical “type A” behavior.  But my practitioners didn’t realize that I was suffering from a carbohydrate deficiency.

When I was finally able to get the right supplements in place to support my digestion and overall health while strategically introducing certain carbohydrates, I felt amazing.  My digestive symptoms stayed at bay, but I began to function more normally in society and began to enjoy food again.  I regained the weight (that’s a good thing!), my thyroid levels normalized, and my menstrual cycles returned.

But the disastrous 5 months could have been prevented with skilled nutritional counseling. The Food and Nutrition Board of the Institutes of Medicine (IOM) recommends that Americans consume 45-65% of their daily calories in the form of carbohydrates [1].  For someone consuming a 2,000 calorie diet, that is 225-325 grams per day.

Those following the SIBO Specific Diet would have an exceptionally difficult time consuming that many carbohydrates in a day.  Now, I am not saying you necessarily need that many carbs to be healthy.  Many people (especially those who are not very active) feel okay or even better on lower carbohydrate diets.  But I wouldn’t say that’s the norm.

Let’s look in more detail at what would be considered a “low” carb vs “very low” carb diet.

There is no generally agreed upon definition for what constitutes a low versus very low carbohydrate diet.  But I have scoured through the research to bring you an idea.

One of the primary sources of carbohydrates for those on the SIBO Specific Diet is fruit.  The others commonly recommended to individuals following this diet are white rice/potato (depending on what version of the diet is followed) and honey.

Let’s take a look at how many carbohydrates might be consumed in one day by someone on a SIBO Specific Diet:

We know that there are carbohydrates coming from the vegetables consumed too (carrots, squash, etc).  For example, 1 medium carrot contains 6 grams of carbs.  But this is minimal when compared to what’s coming from fruit, potatoes, rice, or honey because the FODMAP & SCD diets limit or exclude high carbohydrate vegetables. Those who follow a low FODMAP diet that is NOT combined with SCD are likely much closer to the normal carbohydrate range.  This is because of the decent amount of carbs that is coming from grains, corn, and sugar.

I understand the desire to want to restrict carbohydrates for symptom reduction, but I also want to make sure that others do not deal with the unnecessary onset of symptoms caused by restricting too severely. If you are embarking on a low carbohydrate diet (especially very low carb) I would encourage you to keep an eye out for the following signs and symptoms cited in studies to be associated with low carb diets [2]:

These symptoms can occur for a variety of reasons.  When in the context of a diet that is too low carb for YOUR body, these symptoms can often be explained by one or more of the following: low blood sugar levels (glucose is the preferred source of fuel for the brain), low glycogen stores, stress on the adrenal glands, slowed thyroid function, or reduced serotonin levels (carbs play a role in the synthesis of this neurotransmitter).

There are three macronutrients that supply our calories- carbs, fats, and protein.  And a fourth for some- alcohol.  When we restrict any one of these macronutrients, without increasing one of the others, we are decreasing our total calorie intake. We know that the SIBO Specific Diet intentionally restricts carbohydrates for symptom reduction.  So what do we increase?  Some may increase fat, some protein, but more likely an increase in both is needed to obtain adequate calories to feel satiated and maintain weight.  But fat atop protein is not nearly as satisfying as fat atop carbs.  Think a tablespoon of olive oil on your pork versus on your potato.  Which sounds more appetizing to you?

I see many following SIBO diets who unintentionally consume less calories than needed for maintaining their health.  This can happen for a variety of reasons:

Remember, the goal is to starve the bacteria, NOT YOU!  If you feel like you need help navigating your SIBO diet, please reach out- I am here to help. 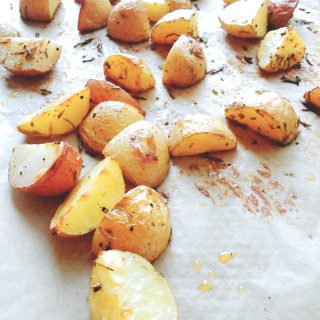 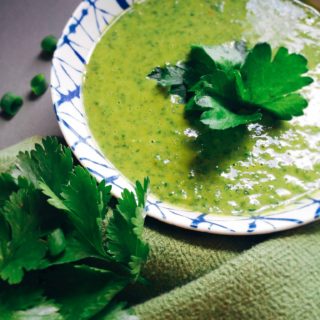 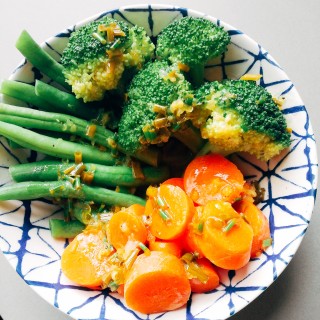