Have you heard of EnteraGam?  It’s a medical food designed for the management of IBS-D.  But it could also potentially work for some people with IBS-C and SIBO.  Or at least that’s what I have seen.  Let me explain…

I first heard about EnteraGam when I was working as an assistant to a doctor in the IBS/SIBO world.  EnteraGam’s manufacturer wanted doctors to know about it.  So they reached out to doctors to see if they wanted to receive free samples to give to patients.

Then, I didn’t really hear a whole lot about EnteraGam for a while.  Until a doctor recommended it for me.  And then another.  I had told the doctor that the bovine colostrum supplement (learn more about colostrum here) I had used on and off successfully for the past few years was no longer available.  New regulations made it so that the clean colostrum product (from New Zealand) I knew and loved wasn’t an option for me.  I tried others, but wasn’t pleased.  Then EnteraGam came into the picture.  The doctor basically described it as colostrum on steroids (not the bad kind, just a figure of speech)!

And let me tell you, it sure did act like colostrum on steroids for me.  And I had only been prescribed half a packet daily (2.5 grams), which is a dose much smaller than typically recommended.  There were a couple things that happened.  First, the annoying eye twitching that I couldn’t seem to make go away for a few weeks (through stress reduction, plenty of sleep, electrolytes), miraculously went away when I began EnteraGam.  But even more exciting was that my tolerance to a variety of foods increased, my skin looked better than ever, and digestive symptoms such as abdominal tenderness, gas, and constipation went away (although not permanently, but for a few days at a time without another dose).

I would be remorse if I failed to tell you the “not as pleasant” symptoms I experienced and how I overcame them.  After a few days of taking EnteraGam, my digestive system was feeling really good, but I continued taking it anyways.  Those nights, after I took it, I experienced insomnia and a sensation of rapid heart rate.  I was able to fix this problem by reducing the dose to one-third of a packet.  Pro tip: there are a total of 3 teaspoons per packet, so you can measure out in half teaspoon increments to obtain half or one-third of a packet.

Now, I take EnteraGam on an as needed basis.  I have noticed that the effects are not quite as powerful as when I first started taking it (kind of the story of my life with pretty much any substance that has antimicrobial properties).  But I think it could be a good option for many people out there suffering from IBS, so I wanted to share my story.

What is a Medical Food?

EnteraGam is technically a “medical food”, not a supplement.  But “SIBO Supplement Spotlight” was just too catchy.  SIBO Medical Food Spotlight just doesn’t quite roll off the tongue in the same way.

According to the FDA, a medical food is “a food which is formulated to be consumed or administered enterally under the supervision of a physician and which is intended for the specific dietary management of a disease or condition for which distinctive nutritional requirements, based on recognized scientific principles, are established by medical evaluation” [1].

Let’s break that down:

As Ciampa et. al so elonquently put it “medical foods, or purified food ingredients, are based on the idea that diseases can be safely managed with compounds that humans have adapted to over millennia” [2].

Other examples of medical foods that you may have heard of include: VSL#3 (a strong probiotic) and Vivonex (an elemental diet formula commonly used for SIBO).

The majority of the research behind EnteraGam examines its use for individuals with IBS-D or HIV-associated enteropathy.  There is also research on its use in inflammatory bowel disease (IBD).

If you would like to look into its use in these conditions, I recommend searching for “serum-derived bovine immunoglobulins” in PubMed.  Some articles are available as “full text”, while others you can only read the abstract (summary) and must pay to access the full article.

I will focus the rest of this blog post mostly on potential alternative uses for EnteraGam, especially as it relates to IBS-C and SIBO.

EnteraGam consists primarily of protein.  In fact, it’s greater than 90 percent protein and most of that protein is in the form of immunoglobulin G (IgG).  IgG plays an important role in immune health.  EnteraGam also contains small amounts of IgM and IgA (which are other immune factors).

It comes from a bovine (cow) source.  So if someone is vegan, vegetarian, or allergic to beef, EnteraGam would not be appropriate.

EnteraGam does not contain whey, casein, or lactose [4].  These are the proteins and sugar in milk and other dairy products that can cause digestive upset for some individuals.

Other ingredients in EnteraGam include dextrose and trace amounts of sunflower lecithin.  Dextrose is a sugar that tends to be well-tolerated by individuals with IBS and SIBO.  It is likely added to this product for palatibility.  Pure protein tastes pretty gnarly.  Sunflower lecithin is a common ingredient in food and supplement products and is even sometimes consumed as a supplement on its own.

Sometimes when individuals well-versed in the nutritional supplement community hear about EnteraGam, they wonder- “why not just take colostrum?”

Well, EnteraGam is much more potent.  Bovine colostrum contains between 3 and 25 percent immunoglobulin G (depending on the product), while EnteraGam contains greater than 50 percent.

Additionally, a study done on baby cows revealed that bovine serum-derived IgG was more effective than colostrum at reducing the number of treatments needed for illness.

Check out my blog post on bovine colostrum if you would like to learn more about this supplement.

It is not completely understood how and why EnteraGam works for the different conditions it benefits, but a variety of mechanisms of action have been proposed.

A study was conducted on healthy individuals in order to assess EnteraGam’s safety profile.  The study utilized doses as high as 20 grams (that’s a high dose- 4 packets!) of EnteraGam and monitored for a variety of factors.

No severe adverse events were reported, but some individuals experienced mild or moderate adverse events.  The most common adverse event was abdominal cramping, followed by constipation, bloating, diarrhea, flatulence, abdominal pain, and nausea.  Only 2 of the 40 subjects decided to withdraw from the study due to adverse events.

The study also looked at whether there were any signs of EnteraGam entering the bloodstream as it is not supposed to.  There was only one case showing entrance into the bloodstream, but researchers theorized that it was most likely due to an error in the sampling.  The idea is that EnteraGam is supposed to remain in the digestive tract and be excreted in feces.

A survey was distributed to more than 14,000 individuals who were prescribed EnteraGam.  Of those individuals, 595 returned surveys that could be evaluated.  A variety of questions were asked, but some with the most promising results were the following [7]:

Now, while these results are super promising, we should keep in mind that in general, people tend to respond to surveys when they are highly satisfied or highly unsatisfied with a product, service, etc.  So it is possible that these results are slightly skewed from reality.

I compiled this article because I know what it is like to feel miserable and not feel like you have any options.  Medical research often takes decades to begin being implemented into practice.  If you are an individual suffering from IBS, IBD, HIV-associated enteropathy, or another condition that you think could be helped by using EnteraGam, it might be worth talking to your doctor and perhaps providing a copy of some of the below relevant research articles if your doctor is not up to date on the topic. 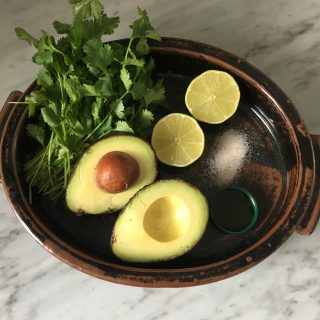 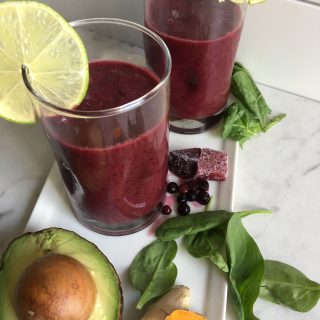